Guiding Star has been commissioned in this crucial season to spread the uncompromising Word of God. Our aim is to fulfill our vision and mission, connect people to God and each other through the gospel of Jesus Christ!

We consider our services and events as means of enlightening, equipping and empowering disciples to lift others and lead them to Christ, so that they too, will discover their God-given purpose and live out their destiny.

We desire to see the lives of the "unchurched" and "overchurched" transformed through the gospel of Jesus Christ by way of an authentic experience with Church and other believers.

Our church exists to lead people to Christ by creating a culture of love, friendliness, and discipleship so they in turn can win and disciple others with the same experience. We exist to see social justice in our community through equitable distributions of wealth, opportunities, and privileges. So, we will support the development of our community through education, financial literacy, and youth development.

In 1928, Guiding Star, UHC was founded and established in a little tent on St. Georges Avenue, in Roselle, NJ. Each side of the tent was rolled up, and sawdust covered the floor. The founder of this small mission was a powerful woman of God named, Panina Taylor. She and the first chartered Mother Lillie Bell Clark named the small Mission “Guiding Star United Holy Church.”

As God continued to bless the church, Pastor Taylor and the small group of believers relocated and settled the church in Linden, in a nearby basement of a home behind “Lacy’s Restaurant” and “Victory Tavern.” It was said that the “drunken men” would come from the Tavern into the church and disrupt the service, but there were a few men in the church that would minister to them but escort them out if necessary. Despite the interruptions, Pastor Taylor and the congregation continued praising the Lord in that location! Years later, Pastor Taylor appointed a young man, Reverend Alexander Johnson as her assistant Pastor. As time moved on, the Lord called Pastor Taylor home to glory, and Rev. Alexander Johnson succeeded her in the Pastorate.

In 1944, the church moved to the upper level hall at its present location, 1223 Warren Street, Roselle NJ. Below the sanctuary was an automobile repair shop. During some of the services, the saints would hear the mechanics working loudly on automobiles, but even that didn’t stop the determined church from worshipping God in their new location.

As God continued to bless the church, Pastor Johnson and the members were able to purchase the automobile repair shop below as well, and they soon converted the repair shop into their new Sanctuary.

In 1960, Guiding Star experienced a “changing of the guards!” The Position of Pastorate transferred from Rev. Alexander Johnson to Rev. (Bishop) Elijah Holmes. Bishop Holmes diligently served Guiding Star for 48 years. During that time of ministry, Bishop Holmes developed and spiritually grew many men and women of God who ultimately emerged to become Teachers, Preachers, Pastors and Bishops. Bishop Holmes was a “Pastor” of Pastors!

In 2007, The Holy Spirit spoke to Bishop about one of his associate ministers; a 25-year-old man who had a love for God’s people and an anointed preaching and teaching ministry. Although terribly sick, Bishop Holmes began to mentor and train Elder Wayne Bullock to succeed him in the Pastorate. Subsequently, at the end of 2007, Elder Bullock became the Interim Pastor of Guiding Star while yet under the tutelage of Bishop Holmes. In December of 2008, the Lord called Bishop Holmes to glory. Elder Bullock served as Interim Pastor for another year, then in 2009, officially became the Pastor of the Guiding Star United Holy Church of America.

Since then, the church continues to increase in membership and spiritual growth! The hand of God is certainly upon Bishop Bullock and the entire Guiding Star family.

Guiding Star is blessed to yet have First Lady Emeritus, Mother Maria Holmes with us. She is the widow of the late Bishop Elijah Holmes and has served this church with him every step of the way! She is certainly loved and appreciated by Bishop Bullock, Lady Bullock, and the entire Guiding Star Family. 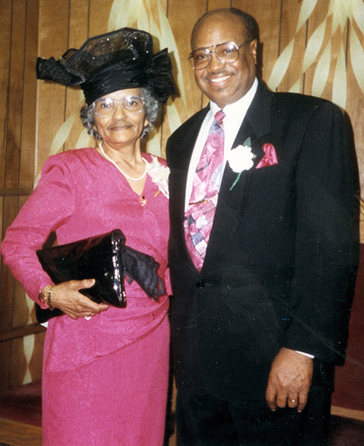 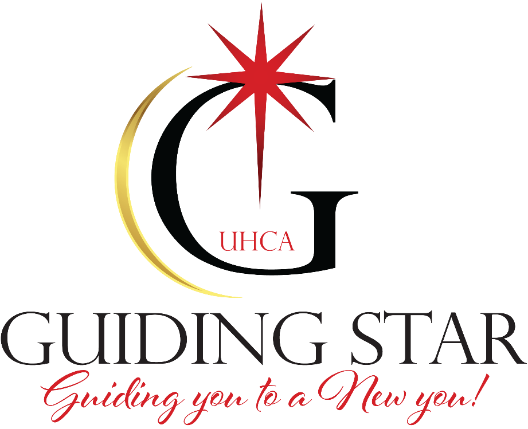 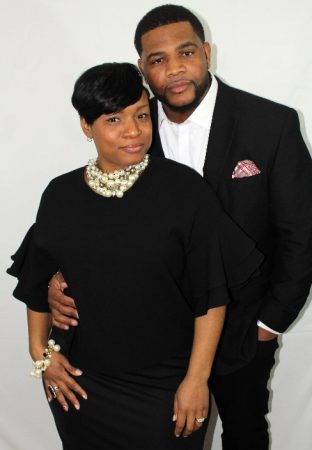